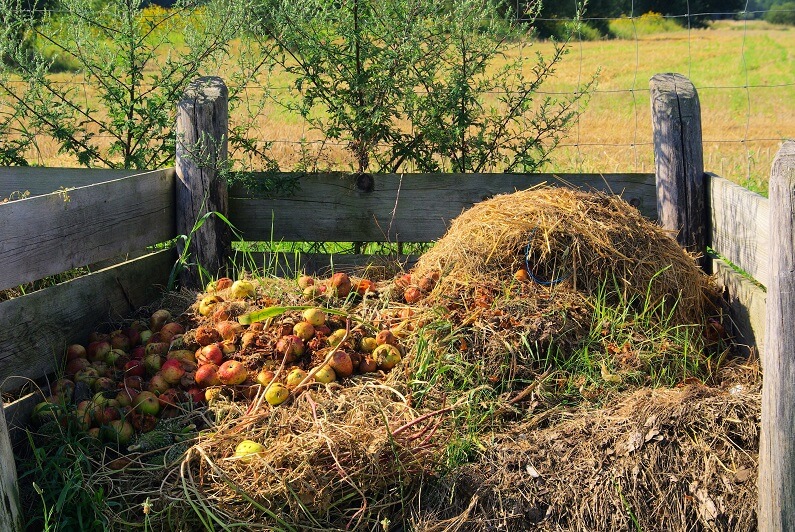 Peat Moss: Peat moss derived from sphagnum bogs is perhaps the most universally available source of humus today. It is an excellent amendment for a variety of soils and kinds of plants and gardens.

A neglected yet valid use for peat moss is adding it to the compost pile, not for further breakdown, which it doesn’t need, but for the purpose of picking up soil organisms not present in peat bogs. At the same time, it helps aerate the compost pile. Peat moss has a low nutritive value, but it improves both clay and sandy soils and also serves as a home for soil organisms. Sphagnum peat, usually sold in 6-ft. cubic bales, is an attractive brown in color, of a crumbly texture, and easy to handle. It is acid. Many domestic peats are derived from decayed reeds and sedges. They are fine textured and dark to reddish brown in color. For home gardeners who can buy it in bulk, sedge peat, while not as valuable as sphagnum peat moss, is useful as a soil amendment.

Sewage sludge: As a soil amendment, air dried sewage sludge an be had for the hauling from most local treatment plants. Processed sludge has distinct disadvantages as a lawn fertilizer, for which purpose it is widely sold. Composting improves the processed form for lawn use. Raw sludge has one bad quality if used on the vegetable garden. It can carry the organisms of amoebic dysentery unless exposed to freezing for an entire winter. Composting also kills these organisms.

Ground corn cobs: These are higher in sugars than most composting materials, which means they will need extra nitrogen to use up this excess. Otherwise, corn cobs can cause a buildup of fungi, some of which can be harmful.

Spent mushroom manure: Near some cities, mushroom growers will sell the worn out mushroom soil which contains more than half o decayed manure. Like peat moss, it is low in nutrients, since the mushrooms have used these as food, but otherwise it is an ideal soil amendment. An advantage is that composting for use in mushroom beds has destroyed weed seeds.

Fallen leaves: Although highly touted as a source of plant food, leaves are generally a poor source of nutrients but they do become a source of humus. (Before a leaf is shed by a tree, all the available plant food it contains is withdrawn into the woody trunk and twigs.) Leaves are largely fiber, and for this reason improve soil. Leaf mold, which results from the slow decay of fallen leaves, becomes more nutritive in the process because it contains the remains of dead microorganisms and other accumulated substances.

Weeds: Until they have set seeds, weeds are a good source of composting material. If you must compost weeds of high seed content, you had best make a separate pile and leave it for a year before using.

Lawn clippings: Lawn clippings are unusually rich in nutrients compared with other green matter because only the most active part, the growing tip of the blade, is removed in mowing. The clippings decay quite fast in the compost pile.

Animal manures: They were once the only source of fertility for gardens. This type of fertilizer has its advantages in that in addition to supplying some plant nutrients, humus and desirable bacteria are also added to the soil. The humus forming value of manure is increased when it is combined with straw or a coarse grade of peat moss, often found with poultry manures.

The availability of animal manures today differs from region to region. In rural areas which often border suburban developments, there can be ample supplies of both cow and horse manures. Numerous riding stables exist today in both urban and suburban areas. One caution: Some riding stable proprietors, mostly in cities, heavily treat the manure with disinfectants and deodorizing chemicals, which are toxic to plants. Such treated manure should be composted in a separate pile before being applied to the soil. Test the composted manure before spreading by planting tomato seeds in it. If it is still toxic, the seeds may germinate, but will die quickly.

Green manure: The use of cover crops to be plowed under as green manure is often recommended, but it generally is impractical except in the vegetable plot. There, winter rye (the grain, not rye grass) can be sown whenever an area becomes empty of crops. It will grow in fall and even in winter when temperatures are above freezing. After it has been tilled into the soil in spring (using additional fertilizer) a month must elapse. This limits green manuring to areas where late crops are to be sown, or the areas that will lie fallow for a season.

Sawdust and wood chips: Not all that is written about the use of wood products as soil amendments can be taken as gospel. For example, soft woods such as pine, spruce, and fir are claimed to be unsuitable because they contain resins. Although their presence will slow up the process or reducing woody products to decayed organic matter, it will also mean that the resultant substance will last much longer once in the soil.

Sawdust and wood shavings in particular need treatment with added fertilizer (about a pint of a mixed fertilizer to a bushel of sawdust) and also about the same amount of lime added to the soil under the layer of sawdust or wood chips for each bushel spread out for tilling.