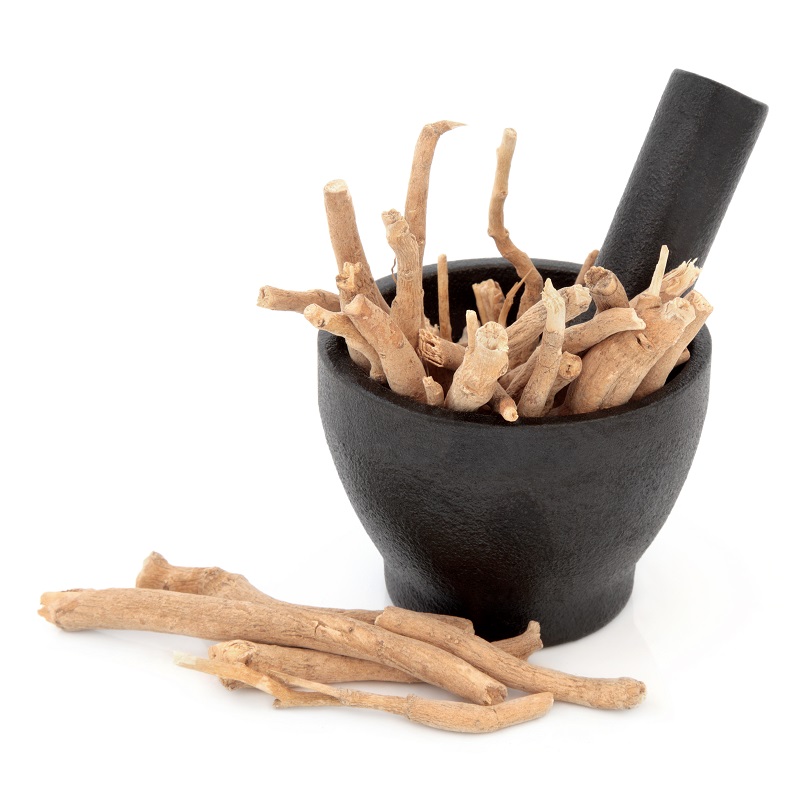 Ashwagandha has been used in India for thousands of years and is helpful in treating memory problems as well as fatigue and impotence. In recent times, studies have shown that it is also a great herb to use to relieve stress.

This herb is actually quite similar to Chinese Ginseng and is sometimes even called Indian Ginseng or Winter Cherry and can be helpful in treating arthritis, psoriasis, bronchitis and asthma as well as those problems mentioned above.

Modern research shows that this herb can help the body cope with stress, both physical and mental and is a good overall tonic for many types of chronic disease especially ones that have to do with inflammation. In addition, many laboratory studies indicate this herb may have anti-tumor activity as well as antioxidant activity. It’s also been shown to stimulate red blood cell production and is a rich source of iron.

While there haven’t been a lot of human studies done on this herb, a few that have been done show positive effects. For example in one study 3000 mg of ashwagandha were given to males between the ages of 50 and 59 and all the men showed a slowing of physical things that have to do with aging including increased red blood cell count better cholesterol counts and improvement in sexual performance.

In another study, this one a double blind placebo controlled study, people with osteoarthritis were given a herbal formula that contained Ashwagandha for three months. The formula was shown to reduce the pain as well as the severity of disability but did not control the inflammation.

While there have been no studies on humans concerning Ashwagandha and memory loss, it has been used historically for this purpose and many holistic practitioners recommend it today for older folks who are starting to show signs of memory loss. It has been studied in rats for this and it does show improved cognitive function in the rats.

While this herb isn’t as talked about as some of the other herbs today, since it does show to really help with fatigue and stress as well as memory related items it is sure to become a much more talked about herb in the future as more studies reveal its helpful uses. The recommended dose is 1000 to 3000 mg of Ashwagandha root and no side effects have been reported.