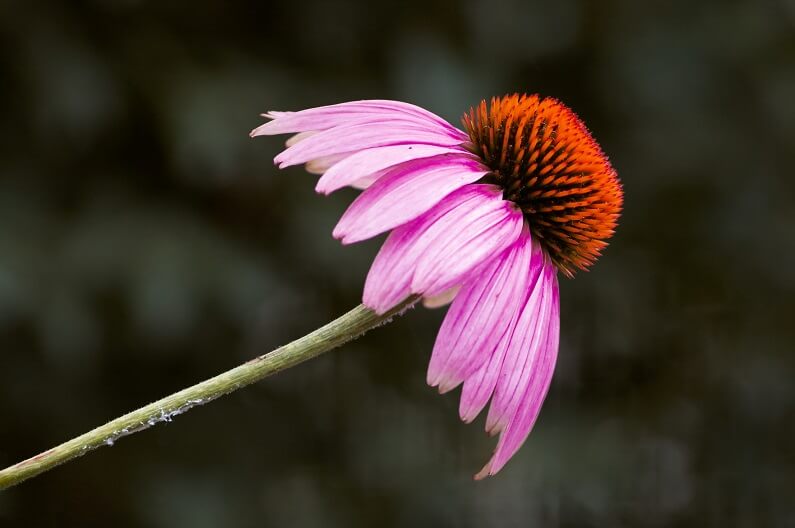 Perhaps one of the most talked about herbs is Echinacea which is quickly becoming a curative fix for the cold and flu as well as many other conditions. This beautiful purple flower looks like a large daisy and, in fact, is often called purple coneflower. It is known to help enhance the immune system and is being prescribed by many doctors today but has been used as a healing herb for centuries.

Most of the studies of this healing herb have been done in Europe where they’ve been studying it since the 1930s. Although the active ingredient is still a mystery, over 400 studies show that it does help boost the immune system and can be a powerful infection fighter. It stimulates and the immune cells and increases the number of white blood cells as well as activating antiviral chemicals in the body like interferon and might even activate the cells that fight tumors.

One of the interesting things about Echinacea is that it can inhibit an enzyme that bacteria produces in order to penetrate human tissue. The herb can prevent to the bacteria from penetrating the tissue and legend has it that Dr.H.C.F Meyer used it as such to treat rattlesnake bites in the 1920s. In fact, he was so sure of this remedy that he actually injected rattlesnake venom into his finger and used Echinacea to remedy the swelling of the infection.

This herb is also effective against yeast infections, fungal infections and bacteria infections. This is really great news because today a lot of the bacteria are resistant to p antibiotics. Plus, you can use Echinacea along with any pharmaceutical medicines and, in fact, patients that do that seemed to recover quicker.

One interesting thing about this herb is that a lot of people say that you should only use it for a month or so and then go off it, however there is no real proof of this. In Europe, it is common to use echinacea throughout the entire winter. This herb is not toxic but there may be some allergic reactions in very rare cases.

Echinacea is most commonly used to treat the common cold. But not only can it treat the cold it can actually help to prevent it and is shown to be more effective than over-the-counter medicines in most cases. In one study hundred and 20 patients who were having symptoms of a cold took 20 drops every two hours on day one and three times a day after that and were shown to recover and half the time than those taking a placebo.